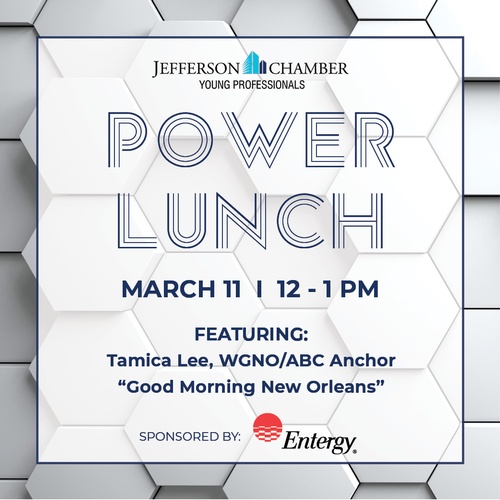 Calling all young professionals in their 20's - 30's! Your weekday wake-up news anchor is coming to you!

Join the Jefferson Chamber Young Professionals as we host Tamica Lee of "Good Morning New Orleans" as our first Power Lunch speaker of 2021!

"Power Lunch", is an exclusive series for young professionals. You will have an opportunity to tune in during your lunch break, via Zoom, to hear from a top business professional in our community and hear their personal story of progress, failure, and success. Questions are encouraged and expected- this is your time to get insider information on what it takes to get to the top.

Like most women in their 40’s, Tamica Lee is a woman who does it all. Married for 13 years to the love of her life, Barry Smith, Tamica works full time and is also a mother to two children, Hunter, 18 and Rani, 12.

A New Orleans native, Tamica is busy balancing her work as the anchor of “Good Morning New Orleans” for ABC affiliate, WGNO-26, with her extensive charity work and family life. Tamica is also a die-hard Saints fan and has close ties to the organization.

A highly esteemed Live Event Director/Choreographer offered Tamica a job at her company which specializes in large-scale sporting events. Tamica accepted and started to hone her leadership skills. She traveled the world and worked on many Super Bowl pregame shows and with major talent from the entertainment world. Tamica is the former Appearance Team coordinator for the New Orleans Saintsations and works closely with her brother, Sonny, on his non- profit mentorship foundation, Son of A Saint. The foundation was established in honor of their father. Giving back to the community is an integral part of Tamica’s life.

After a sudden health scare, Tamica sought after her dream of being on television and approached New Orleans WWL-TV. When the Super Bowl came to town, Tamica was asked to do a piece on the activities and people involved. After the airing, New Orleans CBS affiliate WWL-TV called and offered a full-time job as their Morning Traffic Anchor. The job was a dream come true. She was able to learn and develop as a reporter and anchor, and was then offered an anchor position on
WGNO.

Tamica Lee prides herself on her New Orleans roots and just like the city, she is authentic and real. She is New Orleans through and through and has been seen on Bravo’s Southern Charm: New Orleans, where she showcases her deep love for her city, friends and family. Stay tuned, because she’s just getting started! 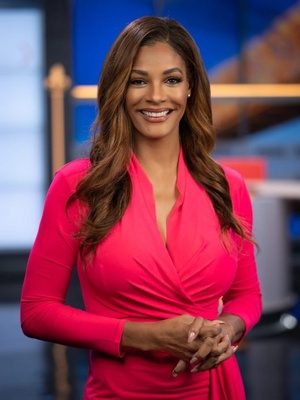 A proud member of